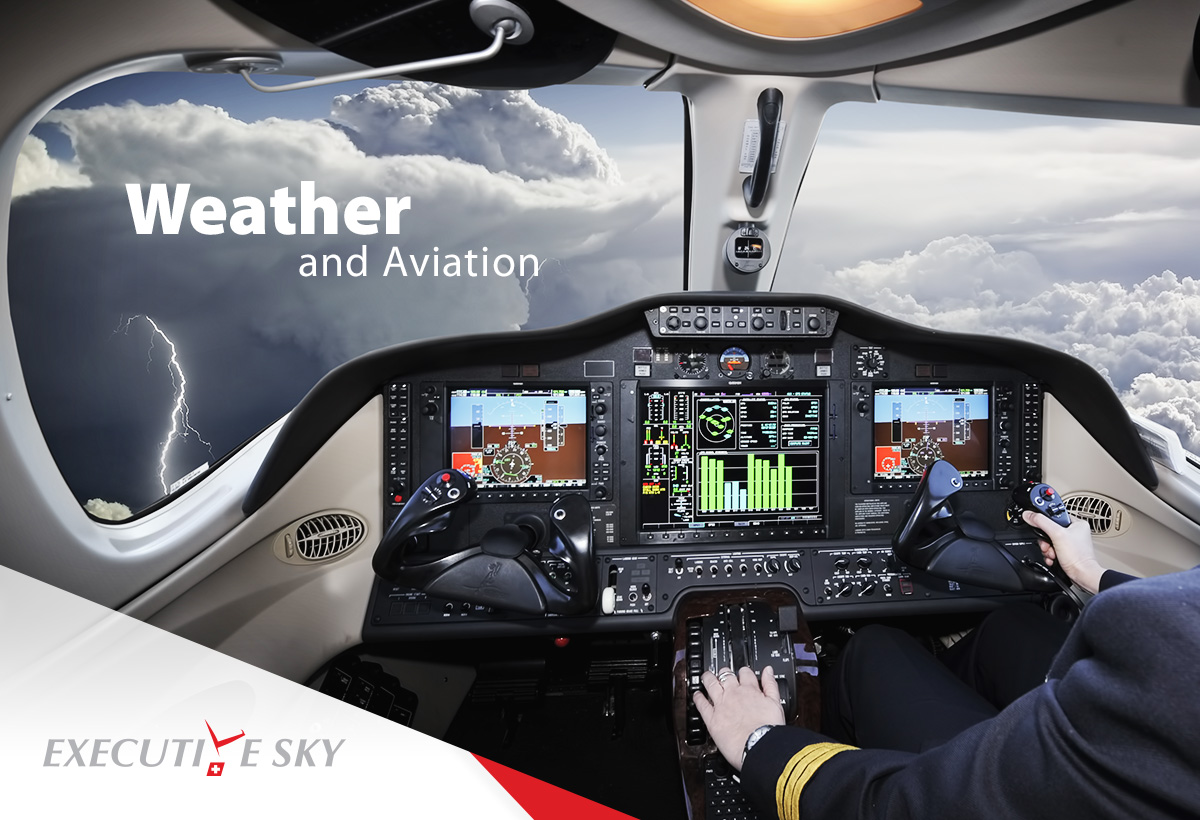 Introduction to weather in General Aviation

Not to be taken lightly, weather is extremely important when it comes to general aviation. Pilots must have knowledge to interpret weather forecasts to maintain their flying skills in tough conditions, to ensure safety.

Weather is one of the biggest killers of pilots and remains one of the top five causes of accidents in general aviation, with a fatality rate of around 85 percent, according to sources. Weather knowledge is required to successfully pass the Federal Aviation Administration’s (FAA’s) written and practical exams, however the subject is one of the least understood and also least taught subjects in primary flight instruction.

Although the majority of us are unlikely to become weather professionals, such as meteorologists. Advances in technology means that we only need to understand weather adequately. In the past the complex aspects of weather was left to the weather experts or meteorologists, who mainly spent their time at the local flight service station office. Although today, the pilot is more responsible for determining the weather situation before a flight takes place. Pilots must have enough expertise to understand the information presented from advanced technology and determine whether there is a cause for concern, relating to the weather and make an informed decision on the matter.

The impact fog has on visibility

In aviation fog tends to be the most common weather element that limits visibility. Having the potential to reduce visibility to less than 5/8th of a mile. Taking this into consideration, operationally fog can cause a significant impact.

Often reducing aircraft arrival and departure flow rates, fog conditions can also become dense enough to temporarily close an airfield. Fog possess the ability for disruption and can cause operational delays and even prevent you from arriving at your destination. Alternative airports are often considered when fog is anticipated and additional fuel is usually in place, due to the conditions generated by fog. Having the possibility of drastically reducing visibility, from (VFR) visual flight rules to (IFR) instrument flight rules, within a matter of minutes. The rapid reduction of visibility happens, mostly with advection types of fogs, seen predominantly along coastlines and upslope conditions. Another type of fog, known as radiation fog occurs at a much more gradual pace, as temperatures lower to a dew point over time.

IFR allows properly equipped aircraft to operate in (IMC) – instrumental meteorological conditions. Which is approximately any weather condition less than (VMC) but in which an aircraft can still operate safely. IFR is also required to be used when flying in ‘class A’ airspace, regardless of the weather conditions.

IMC refers to meteorological conditions conveyed in terms of general visibility, distance from cloud, and ceiling, less than the minimal specified for (VMC) – Visual Meteorological Conditions.

VFR is the regulation under which a pilot is permitted to operate an aircraft in weather conditions that are generally clear enough to enable the pilot to see where the aircraft is going.

IFR and VFR are both sets of rules or regulations for flying any aircraft. A pilot may choose to utilize one set of rules or the other, depending on the weather conditions. In addition to this, there are numerous factors that may influence the decision but to put it simply, it is down to the weather that would make a pilot opt for IFR or VFR.