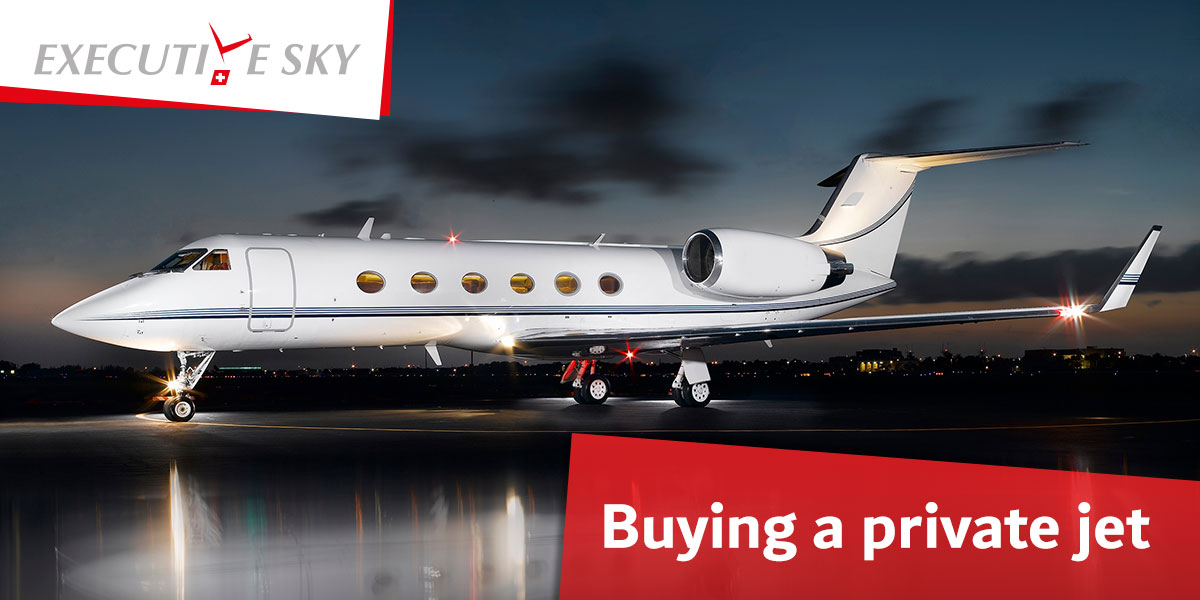 Before you make the decision to purchase an aircraft, there are some factors you should consider to help you in the decision making process. If you are a first time buyer, it may be tricky to know exactly what you will need. Whereas, if you are in the aviation industry then you’re more likely to be interested in pricing, information regarding leasing and, fractional ownership. That’s why we have written this article, to help shed some light on the important things to think about.

A huge investment of both time and money are spent when purchasing an aircraft. There is more to consider than just the cost of the jet itself, you also have to pay for other recurring fees to operate your jet and handle all of the maintenance requirements. You may have heard that if you typically fly around 400 hours per year, it would be a good idea to purchase an aircraft of your own but, this is not always the case. There are many aircraft dealers that will not lease one of their planes for less than 600 hours per year.

Buying vs. leasing an aircraft

Making the decision to buy or lease an aircraft, depends on more than just the ability to afford buying an aircraft outright; contrary to popular belief. Actually on many occasions an individual or a company has enough capital to purchase a jet of their own, however it is a much more profitable solution to lease one instead. Statistically speaking, more than a third of all aircraft, which are operated by airlines are leased by the airlines themselves.

There are many pros and cons of leasing an aircraft. One of the primary advantages of leasing is – affordability. Of course, if an individual or a company cannot afford the cost involved with buying an aircraft outright, then leasing one gives them an option to enjoy the benefits of ownership of an aircraft, despite the prevailing circumstances.

Nevertheless, even if an individual or a company are able to buy an aircraft, it may be more lucrative for them to lease one rather than owning one. And there are many different reasons for this. For example, using the money that would have been spent on the aircraft purchasing fees, for other business needs, which could result in expanding the business more quickly and efficiently; achieving more success.

Those with a strong business acumen will also be aware that leasing an aircraft does not qualify as an asset or a liability, a potential benefit to the company’s balance sheet.

Finally, but no less important than any other advantages listed. One massive advantage when it comes to leasing an aircraft is that, you do not have to carry the burden of the plane’s age over time. Upgrading to a newer model when leasing an aircraft is fairly simple, whereas if you were the owner of an aircraft you would have to find a buyer for your current model before purchasing an upgrade. This is no longer a concern, when opting to lease instead of buy.

Now buying an aircraft also comes with a whole range of benefits too, starting from having a valuable asset to show for your investment. Plus there is always the opportunity of earning a profit or at least a favorable return when selling your aircraft, if the market is currently advantageous for sellers.

As you are the owner of the aircraft, it is entirely up to you to modify your plane the way you like. Whether that means a brand new interior design or upgrading the engines, for example.

Buying a new or used aircraft

New jets will typically be better than their predecessors, when it comes to things such as fuel consumption, speed, safety and comfort. And also standardly come with many more features that make them more versatile, for example they boast more advance technology like synthetic vision, which allows pilots to receive the same level of visibility during the night as they would in the daytime.

Contrarily, used jets can be just as tempting for their own reasons. For starters, jets do not age the same way as other depreciable assets like cars do. Although over time they do lose some of their value, they generally have a much longer lifespan. In reality, the true age of a plane is determined or calculated buy its number of flight hours, landings and cycles as they are often referred to but typically stay in working order for up to 50 years or as long as 50,000 flight hours.

Aircraft repairs and replacement parts can be very costly and having your aircraft backed by full warranty can give you peace of mind, because you will not have to factor in possible damages to your costs. Purchasing a new jet means you will enjoy full warranty which is not something you will generally get when purchasing an older model.

In addition to this, older jets require more maintenance to keep them in perfect condition. Whereas maintenance will be minimal when it comes to new aircraft, because more up to date models are usually more reliable and have been improved, reducing the overall amount of time and resources having to be spent.

Taking flight availability into consideration, especially if you’re coordinating a fast pace operation, then having a plane that requires less maintenance can be very beneficial. Having an aircraft that is on the ground for 4 or 5 weeks per year could drastically slow things down.

Although the decision to join the aircraft ownership league is one that is entirely dependent on your specific requirements, a great way to help you decide could be to lease an aircraft to help you establish exactly your individual needs. Chartering serves as an efficient and cost effective way to operate an aircraft and many aviation professionals around the world would suggest transitioning into chartering before upgrading into owning a jet or even several aircraft.

Introduction into leasing in aviation When an aircraft owner leases an aircraft, this simply refers…